The relationships between enforcement effort and speeds 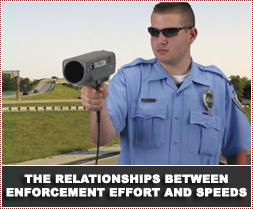 Speed enforcement is designed to affect speeds via a deterrent effect on drivers. The effect of deterrence on the driver’s speed choice depends on:

The risk of a given driver being involved in a fatal crash was 35% lower during the month after receipt of a speeding ticket, than in a comparable month during which no speeding ticket was received.  General deterrence targets the wider population by increasing the perception that offenders will be caught, by means both of police activity and publicity about this activity.  (study in Canada, Redelheimer et al).

Estimated reductions in open road mean speeds of 0.7% and 0.8% were found, associated with each increase of 10000 speed camera infringements and 10000 other speed infringements respectively.

Higher reductions of 1.1% and 1.6% were found in the 85th percentile speeds. An estimated injury crash reduction of 12% was found to be associated with a 1km/h reduction in mean open road speed.

Mara et al found the following during the study:

The risk of involvement in a casualty crash doubled with each 5 km/h increase in free travelling speed above 60 km/h.

By analysing the data for seat-belt wearing drivers killed in frontal crashes they found that half of all fatalities occurred at an impact speed (or "delta V") of 50km/h or less. 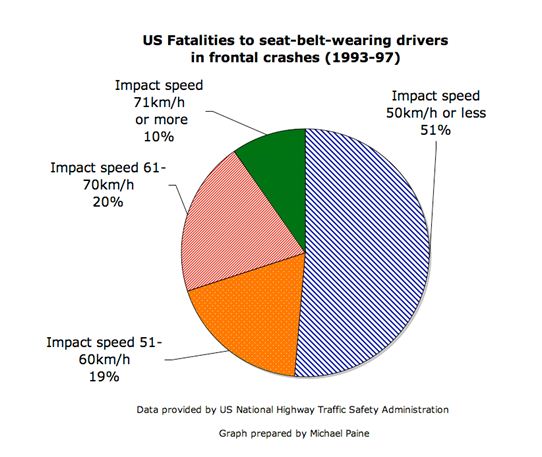 An impact speed of 60km/h is a very severe crash. Higher speeds result in collapse of the passenger compartment and a grave risk of life-threatening injury. Even the most crashworthy vehicles available today are unable to safely protect occupants at frontal impact speeds greater than 70km/h. 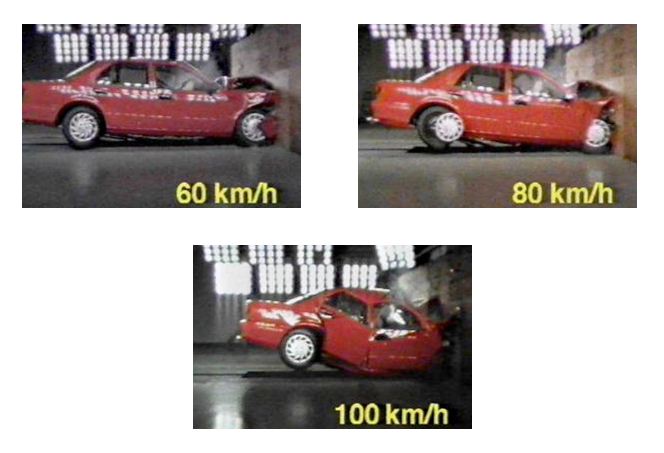 For side impact crashes the median impact speed for a fatality is much less than 50km/h because there is less "crumple space" between the intruding object and the occupant.

Crash tests that simulate a vehicle sliding sideways into a pole at 29km/h show that a fatal head injury is extremely likely unless there is an inflatable curtain, or similar device, between the occupant and the pole. 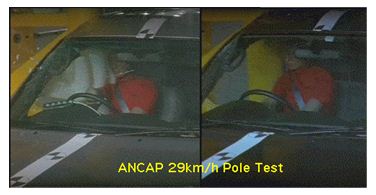 Exceeding the speed limit - whether it be 50km/h or 110km/h - greatly increases the risk of being involved in a serious accident. The risk doubles for each 5km/h over the speed limit.

Recent US research estimates that in at least one third of fatal accident one or more of the vehicles was speeding. In most cases these accidents could have been avoided or made less severe if the vehicles had obeyed the speed limit. This is in agreement with NSW RTA estimates that 40% of accidents are speed-related.

Travelling at 60km/h in a modern car feels safe - but that is an illusion.

An impact at this speed has a very high risk of severe or fatal injuries. This is due to Newton's laws of physics - which, unlike speed limits, cannot be broken - and the frailty of the human body. 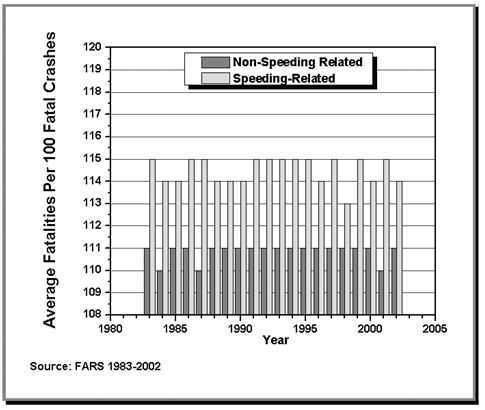 The speed limits of a number of sections of roadway were reviewed and increased. Nineteen of them were major roadways.

Their speed limits were raised by 10–20 km/h from 50 to 70 km/h. Before and after studies were carried out to investigate the changes in accident counts. 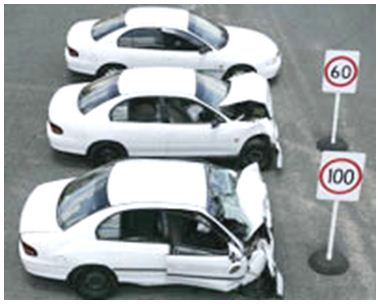 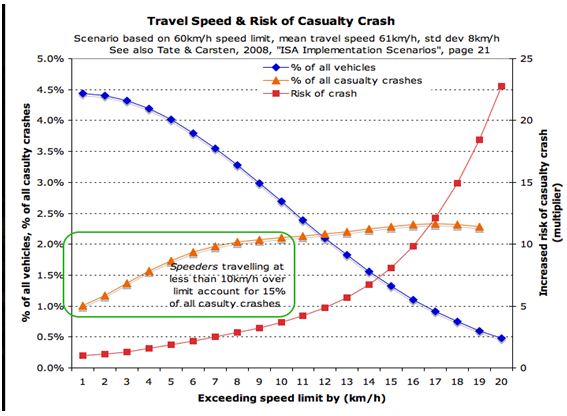 These crash tests suggest that, at impact speeds of around 70km/h, a vehicle reaches physical limits to its ability to protect front seat occupants. 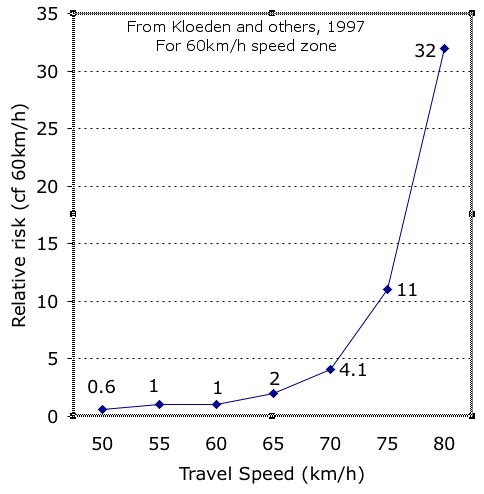 Careful research in South Australia has shown that travelling at 80km/h in a 60 zone increases the chances of being involved in a casualty crash by 32 times, compared with risk when travelling at 60km/h.

40km/h speed zones usually apply where there is an increased risk of hitting a pedestrian. At an impact speed of 60km/h there is almost a 100% chance that a pedestrian impact will be fatal. Also in half of all pedestrian fatalities the motorist has no chance to brake before the impact.

Even a small difference in vehicle speed can make a large difference to the probability of serious injury.

For every extra kilometer per hour of speed: