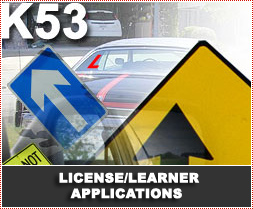 * There had been 1.95 million applications for learners’ licenses of which 1.074 million had been issued or a pass rate of just more than 55%.

Reasons for so many failures

Asked why there was such a high failure rate and such a long waiting period for licenses, the Minister of Transport said the South African pass rate "is in line with, for example, that of the United Kingdom, the basis for the South African driving test".

"The big difference is most likely the quality of driver training available in the United Kingdom.

"Second, there are problems with access to driver training, especially in the rural areas.

Third, quite a number of people have the attitude that driving is simple and as soon as they have mastered the principle of clutch control they believe they will pass the test, which is far from the truth."