The Bus Industry in South Africa and Road Safety 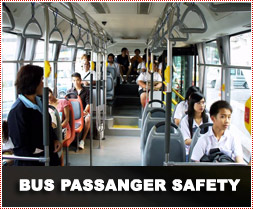 The bus industry in South Africa has for many years made a vital contribution to the economic and social development of the country. As a provider of bus services it has and continues to provide mobility to millions of people who are dependent on public transport, for example, learners who require transport to and from school, workers who require transport to and from their jobs, and individuals who are seeking employment or access to hospitals and other services.

SABOA is the credible voice of an inclusive, efficient, sustainable and transforming bus industry, which plays a pivotal role in an integrated transport system through safe, reliable and affordable bus services that add value and is attractive to our stakeholders.

In the SABOA overview reference were made to a number of important aspects:

With the increasing cost of fuel and increasing levels of congestion in especially our urban areas, people will increasingly turn to public transport and the trends are already evident.

Facts and Numbers of Bus Industry in South Africa:

Available statistics indicate that 80 per cent of South Africa’s population is totally dependent on public transport (bus, commuter rail and taxis) for its mobility needs.

The 2010 FIFA Soccer World Cup provided a much-needed impetus to get things moving and to inject a sense of urgency and focus. The Department of Transport undertook a review of the public transport systems and this process would culminate in the development of a public transport strategy.  The Minister of Finance indicated during his budget speech that investment in public transport, which are made in partnership with cities are already beginning to reshape the urban landscape and are modernizing public transport arrangements. He emphasized that these reforms should go well beyond the requirements for 2010, and should be central to the modernization and sustainability of our urban environment and for this purpose the public transport infrastructure systems grants include R11 billion for these programmes over the next three years.  This will help these cities to move with speed in implementing integrated rapid public transport networks and aligning to the Public Transport Strategy.

This is exciting times for the bus industry. It is expected that the bus industry will play a pivotal role in public transport towards 2010. The safety of commuters will be paramount and bus operators will be monitored closely by transport authorities. The authorities have already warned both drivers and owners of public transport vehicles, especially the bus and taxi industry to take responsibility for the safety of their passengers. One bus or taxi crash can result in many deaths and several injuries and no mercy will be shown to any driver or owner who breaks the law.