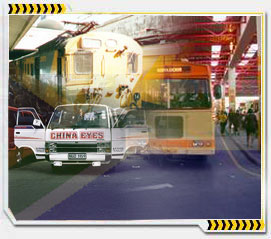 Transport Month every year focuses the attention of the public on different Transport initiatives to enhance road safety and contribute towards economic growth and development.

One of the areas that have received direct attention from the Government and the Department of Transport is the need for an effective public transport system. The Minister of Transport, Minister Radebe has stated that public transport and not a commuter transport system is what South Africa requires as the country moves towards an age of sustained growth and accelerated development. This will enable all South Africans, including the unemployed and poor, to enjoy greater access to economic and employment opportunities as well as social recreation.

Traffic congestion and gridlock had accompanied rapid economic growth and the development of the motor manufacturing industry. Road infrastructure has come under immense pressure due to competition for road space from industrial, public and private road users. Access to economic opportunities is adversely affected by traffic congestion, as business activities move from inner cities to the outskirts, further increasing the cost of fuel and transportation for all South Africans.

The vision of the Department of Transport is a public transport system that provides certain minimum levels of service in the urban and rural context thereby enabling South Africans to enjoy greater mobility.

The transformation of public transport requires consistent inter-government cooperation and coordination. This is a daunting task and will require the setting of clear public transport indicators such as reduced travel times, reduced costs, to reduce the percentage of household income spent on transport and the determination by the relevant transport authorities of the nature and size of vehicles to be used, including regular renewal of the public transport fleet and access to transport.

This section will provide an overview of the difficulties facing public transport as well as innovative ways in which these difficulties are addressed.

The Department of Transport has inherited many harsh realities and difficulties for public Transport, brought about by past governmental policies of segregated development. The National Household Travel Survey [released in 2005] revealed that nearly two-thirds of households in South Africa do not have access to public transport.

The following overview will provide a better understanding of the present scenario for public transport: The informal public transport system in South Africa is dominated by minibus taxis. This is the cheapest form of transport and the daily lifeline of the bulk of the working population. Minibus taxis are the only form of public transport that penetrates every last sector in cities, including the poorest shack settlements.

Transport by minibus taxis has unfortunately also provided some of the most serious threats to road safety. Many of the minibus taxis tend to be old and in poor condition. Minibus taxi drivers, rushing their fares to their destinations as quickly as possible in order to maximize returns, are often seen as the most notorious drivers, ducking wildly from lane to lane and stopping without warning whenever a passenger wishes to climb on or off.

The Department of Transport has taken a decision that the scrapping of old taxi vehicles will begin during Transport Month in October 2006. This is part of the much-debated Taxi Recapitalization Strategy. Initial indications by the Department of Transport is that at least R7,7-billion will be spent on the taxi industry under the recapitalization programme. Many new taxi vehicles will be introduced to the streets from September 2006. These mini- and midi-bus taxis in South Africa will be colour-coded and will carry specific markings to assist both commuters and traffic safety enforcement officials to identify taxis.

Much discussion is at present taking place between the Department of Transport and Taxi operators to facilitate greater co-operation towards achieving road safety for commuters. The challenges include greater cooperation between the bus industry, rail and the taxi industry in a way that will eliminate duplications, improve services and enhance the efficiency of the entire system.

Government has committed to providing South Africans with safe, accessible public transport. This has been emphasized at the national, provincial and municipal level as an aspect that requires immediate attention– and it is important to analyze some of the strategies that will be implemented in years to come:

The 2010 World Cup and Public Transport

The 2010 World Cup appears to have been the catalyst for the increased focus on public transport. The Mini-budget [25 October 2006]  revealed that South Africa's network of national roads is to get an additional R1bn for maintenance and rehabilitation over the next three years. The 2010 World Cup has been beneficial to all South Africans in years to come. The focus on public transport is evident from the following steps prior to the World Cup:

It is encouraging that the government has also earmarked funds to facilitate preparations and transport infrastructure requirements for the 2010 Soccer World Cup and beyond, for provinces and host cities.