What is a level crossing?

The term level crossing (also called a railroad crossing, a road through railroad, railway crossing, train crossing or grade crossing) is a crossing on one level ("at-grade intersection") - without recourse to a bridge or tunnel - of a railway line by a road, path, or another railroad.

In many countries, level crossings on less important roads and railway lines are often "open" or "uncontrolled", sometimes with warning lights or bells to warn of approaching trains. In South Africa, there are farm crossings, National-, Provincial- Municipal- Road and private road crossings.

There are still over 7500 level crossings in South Africa today. Together, they represent a significant safety hazard to both road and rail users. In 2008 we had 13 fatalities in 129 incidents at level crossings under Transnet control. Traffic control for road users varies from ‘passive’ signage to ‘active’ protection, which is a combination of warning lights or lights and boom gates. Train drivers also warn road users of oncoming trains by blowing the train horn at whistle boards. This is sometimes very annoying to live living in the vicinity.

Whilst infrastructure improvements will continue to reduce risk at railway crossings, drivers, riders and pedestrians are encouraged to be careful, aware and to obey the road rules each time they encounter a railway/level crossing. The new AARTO penalty system in South Africa also has higher penalties at level crossings.

An understanding of the way level crossings operate could save your life someday. The danger is particularly acute when travelling on an unfamiliar route.

Road users must follow road rules and signs and pay attention to the road environment when approaching rail crossings. International police statistics show that up to 95 per cent of crashes at railway crossings are caused by driver error. This is largely attributable to inattention, driver distraction, risk-taking, and disobeying a lack of knowledge of the road rules and sometimes suicide. In almost every case that the motorist failed to stop and give way to the train at the level crossing and that there was little the train driver could do to prevent the collision or minimise its effects. Our train drivers are at every incident heavily traumatised since they are helpless and is pleading that motorists are taking double care when crossing the rails.

Most crashes involved cars, four-wheel drives, vans and utilities and a study shows that the driver's failure to take sufficient care or action was the major cause.

Understanding the dangers of level crossings

To cross a railway line or lines with moving trains isn't complicated. It is a matter of knowing the rules and obeying them to ensure that you arrive at your destination safely.

Why do levels crossings pose a significant risk?

New guidelines on level crossing safety to help save lives International data indicates that heavy trucks are involved in about 15% of fatal rail crossing crashes. There are important safety tips for our heavy truck drivers about general awareness of their vehicles and the procedure to approach and cross the level crossings:

Know your truck and be aware of:

It is especially important to drive safely when approaching many of the less visible crossings on farms:

If you notice any of the behaviours listed below, please report these incidents to the National Traffic Call Centre at 0861 400 800

The Toll-Free number to report defects, stuck vehicles and incidents at level crossings are:

This is the Fault Control staff at the National Command Centre of Transnet Freight Rail.

Accidents at level crossings are very much preventable! May we assist in creating further awareness of safety near these hazards and protect the lives of all road and rail users! 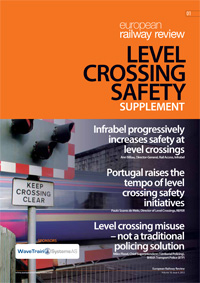 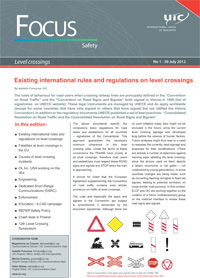