Get There No Regrets and Road Safety 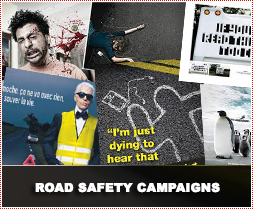 Safety on the road is a major concern not only for traffic officials but indeed for all road users. There are many different road safety campaigns aimed at reducing road deaths and injuries on the roads of South Africa. The most well-known of these are the Arrive Alive Road Safety Campaign and the Make Roads Safe Campaign.

Several NGO’s have also focused on road safety through several of their own campaigns. These include South Africans Against Drunk Driving, Drive More Safely etc. Businesses in South Africa have thrown their weight behind special initiatives such as the Pick and Pay Stay Alert Stay Alive Campaign, Imperial with the I-Pledge Initiatives etc.

RTMC and Get There No Regrets

The Road Traffic Management Corporation (RTMC) launched its 2012 festive road safety campaign on the 20th of December in Pretoria.

"Get there. No Regrets" is a new campaign from the RTMC against carnage on the country's roads.  The campaign focuses especially on drunk driving and head on collisions mainly caused by reckless overtaking.

A few important road safety facts emphasized at the launch:

Objectives with Get There No Regrets

The RTMC says their new campaign aims to bring positive change to these figures.

CEO of Road Traffic Management Corporation, Collins Letsoalo said: “This launch will save many lives. It is a direct message to the motorist and anyone who thinks of safe journey must think of what will happen if they don’t adhere to the rules of the road. We are saying work with us to reduce carnage on our roads.”

The new campaign sought to encourage motorists to be responsible and finish their journey without any regrets. The new campaign is hard-hitting and would most likely hit closer to home. During the launch, an advert that was to begin airing on television and radio was played. The ad deals with the aftermath of reckless driving and the consequences that accompany accidents.

“Anybody who is wishing for a safer journey must think about the consequences and what happens when you don’t adhere to the rules of the road,” said Letsoalo. He said at least 40 people a day died on the roads and the only way to get the message across to people was to show them the harsh realities of what was happening.

“We are overhauling the road safety campaign.”

Letsoalo said if all motorist buckle up, 2013 can see a 30% reduction in road accidents and 50% by 2015. Authorities have called for motorists and passengers cooperation to achieve this goal.

Get There No Regrets and Education

He said the road safety message would be taken to schools and children taught awareness from a young age.

Letsoalo said the RTMC had a memorandum of understanding with the Department of Education to make road safety part of the school syllabus.

He said this was not strictly a festive season campaign but an all-year-round attempt to change driver behaviour on the roads.

"Get there, no regrets" road campaign launched