Post-accident Medical claims and the RAF 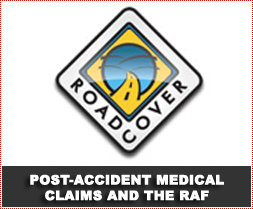 The Road Accident Fund or RAF was set up as a public entity to pay compensation for accidents relating to injuries sustained on public roads and the medical expenses associates with these injuries. It is funded by a special fuel levy on petrol and diesel of 104 cents per liter. With South Africa having a very high rate of injuries sustained from road accidents, the RAF is currently underfunded, but it is seen as being essential to bring equitable compensation to the injured persons.

This sum for the annual loss of income is reviewed quarterly and since the last amendment to the Act in 2008, the maximum claim has been increased steadily. Where previously a fixed limit of maximum R25 000 per passenger was applicable, passengers can now lodge unlimited claims. There have been some recent amendments described in the RAF Amendment Act and listed here as well.

The above is in addition to claiming for reasonable medical expenses incurred, which the claimant may need to be pay back to his/her medical aid.

You can lodge a claim within three years if the identity of the offending driver is known. In the case of claims against unknown offenders the claim must be lodged within two years of the incident. Claimants are helped free of charge at RAF branch offices, however, you may elect to employ the services of a lawyer.

What you can claim:

Various losses can be claimed, both past and future. These include medical expenses or costs incurred by your medical aid, funeral expenses, loss of earnings, loss of support for a dependant of a deceased victim, general damages.

Medical Aid Schemes and the RAF

This is because in terms of the rules of most medical schemes, medical schemes are not liable for any accident-related costs in cases where the member can institute an action against another party. The RAF in this case is the other party from which these costs are reimbursed.

The benefit of being on a private medical aid is nonetheless obvious; in an emergency situation, such as a vehicle accident, medical aid members are often admitted to private hospitals which offer more advance treatments, and thus are not reliant on state healthcare. The other benefit is that your private medical aid will also fund any other necessary treatment which might be required, as per the scheme’s set of rules. Your medical aid has the obligation to ensure the best possible emergency care; you have the obligation to pay back any monies you receive from the RAF with respect to treatment the scheme paid for.

The average time until a RAF claim is settled can be lengthy and protracted. When claiming medical expenses, be sure to keep complete records of all your medical accounts, what you paid and what your scheme paid. 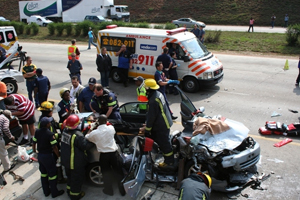 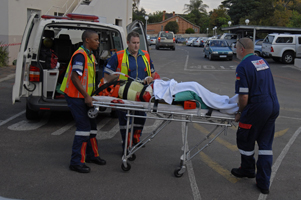 Important: the accident MUST be reported to the police by the driver/ owner of the vehicle or the injured party.

The same basics apply for claims against the RAF as applies to all other claims you would normally lodge: keep and collect and make copies of as much of the paperwork as possible (reports from the doctor treating you, hospital and clinical records, SAPS collision report, police reports (OAR) etc.) A complete affidavit must be lodged with the SAPS by the claimant within a reasonable time of the claimant being able to do so.

Future medical expense claims are reimbursed as part of an undertaking in terms of section 17(4)(a) of the RAF Act. An undertaking is a contract between the claimant and the RAF, in terms of which the claimant will be reimbursed for reasonable medical expenses which he/she will have to incur due to the injuries sustained in the motor vehicle accident, for the rest of his/her life.

The undertaking will cover reasonable future costs for the claimant’s injuries, which means that experimental or unproven types of treatment are not covered.  The undertaking can specify types of treatment only, or cover all treatment and equipment needed as a result of the accident.  A claimant may, for example, qualify for a prosthesis or a wheelchair if he/she has difficulty moving around, or for special modifications to a motor vehicle to adapt it to be driven by the claimant. Pre-existing illnesses, diseases or injuries are not covered.  The undertaking also does not cover a claimant for the normal effects of ageing or the effects that other conditions may have on the injuries.