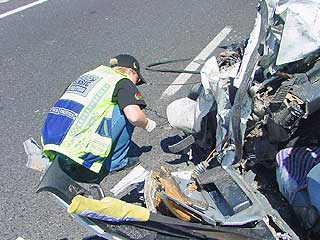 Before you are involved in an accident, please be sure you have the following BEFORE you go on a trip:

Now, when you have had an accident, and are able to move around, or if you come across an accident and wish to help:

What to expect from emergency services 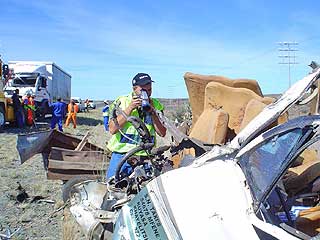 Although the above serve to provide guidelines for possible accident victims, each scene may be unique in its dynamics. If you need any advice AFTER having been involved in an accident, you can contact Stan Bezuidenhout at the details below.

When you are involved in an accident, many things will happen – some very rapidly, others will seem to drag on forever.

In spite of the shock, surprise, disappointment, regrets, guilt and intimidation felt by accident victims, and the fear of being involved in them, most people have no clue as to what might, will, could or should happen at accident scenes.

This piece is written to prepare you – the potential accident victim – for what SHOULD take place at an accident scene.

Considering the above, and the likelihood of you having to submit an insurance claim, defend yourself against a claim or ultimately face a culpable homicide charge, we will focus specifically on what police and traffic authorities are supposed to do. Any deviation from what appears below should be the reason for concern. 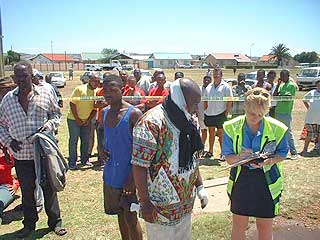 This also only ultimately applied to very serious accident scenes and/or those where there is a loss of life: 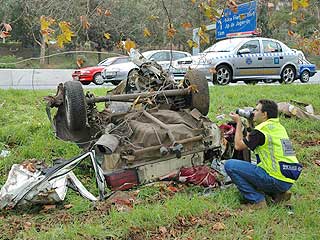 Any of these reasons would be utter and total nonsense, since (with specific reference to each):

But, what are you to do if you had an accident and none of the above steps was taken, or important ones overlooked, skipped or simply ignored?

If you realize that police or traffic officials at an accident scene is NOT performing their designated tasks, or specifically trying to “get away from the scene as quickly as possible,” you should:

Lastly, even if you are right, and the law enforcement officers are completely wrong, do not fight with them. Wrong or right, they have more power than you do at the scene.

If you have been an accident victim, and the scene was not properly handled by police or traffic, please feel free to contact a Forensic Accident Reconstructionist, such as Stan Bezuidenhout. It is their job to RE-construct accidents from the AVAILABLE evidence.