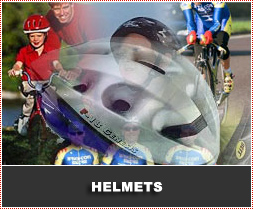 A key element in promoting cycling and making it an attractive alternative to car use is that it should be safe. The National Cycling Forum (1999) states that “making the roads safer is a powerful incentive in persuading people to cycle more”.

People will not choose to cycle unless they see it as safe to do so. Fears of safety can become a major obstacle, therefore, to promoting and encouraging non-motorised modes of transport (Eltis, 2003). A survey by MORI showed that nearly half of those questioned said they would cycle for short journeys if roads were safer (National Cycling Forum, 1999).

Often there is a little real safety risk, but perceptions of danger may still persist and efforts must be made to ensure such misconceptions are allayed (Preston, 1990). Even where fear of risk does not deter the cyclist, professionals should seek to minimise it so as to reduce the resulting social and economic costs of death and injury (European Transport Safety Council, 1999).

The facts and figures:

Mountain bike safety and riding on the trail