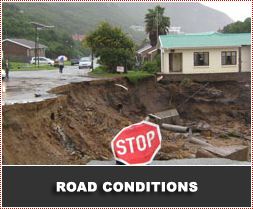 Prior to the Agency's formation, its responsibilities were in the hands of the now defunct South African Roads Board that, at the time, was an organ of the Ministry of Transport. However, studies revealed that the Department's activities could be more efficiently and cost-effectively undertaken in specialised environments by professionally-managed, arms-length agencies functioning on commercial principles. The Department of Transport, therefore, restructured and rationalised its operations, establishing four different agencies, of which the National Roads Agency was one.

The Agency And Its Mandate

Established in 1998 in accordance with the South African National Roads Agency Limited and National Roads Act 1998, the Agency is an independent, statutory company registered in terms of the Companies Act. The South African government, represented by the Minister of Transport, is the sole shareholder and owner of the Agency. The mandate of the Agency is to develop, maintain and manage South Africa's  national road network comprising over R30 billion in assets, excluding land.

The principal tasks of the National Road Agency are:

The Agency is managed by a Board of Directors, being experts in various spheres of business and infrastructure development. Improved levels of financial reporting and corporate governance, are but two of the focal areas of our Board. The Board reports directly to the Minister of Transport via its Chairman.

Through the formation of strategic alliances and partnerships, in particular with the private sector, the Agency strives to be at the forefront of technological and engineering innovation. The public/ private partnership concept enables the Agency to obtain maximum leverage and ensures service delivery, without compromising fiscal integrity.

Information from the website of the National Road Agency.