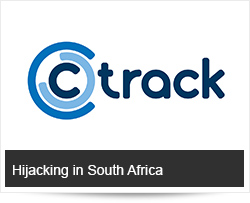 The SAPS Strategic Plan (2004 – 2007) includes four key strategic priorities for the medium term. One of these is to:

Over the last 4 years, there has been a decrease in the number of reported hijackings, mainly because of:

Every motorist should equip himself /herself with the knowledge that could assist him/ her in avoiding hijack situations, or how to handle such a situation:

Motorcycle Insurance and Safety on the Road

Introduction South Africa is rated globally as a top travel destination. With a wide diversity of tourism hotspots across a vast landscape, it is the perfect venue for 2-wheel travel on the open road! Whether you wish to save fuel by riding to work in rush-hour traffic, enjoy a breakfast run, or

Introduction to wheel balancing and wheel alignment Road Safety authorities have given much attention to vehicle maintenance and aspects such as tyre safety. Vehicle factors are contributing factors to road crashes - and we would like to advise vehicle owners and drivers to pay close attention to