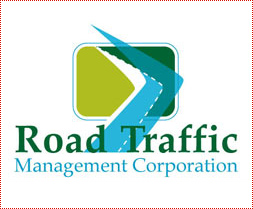 The purpose of this document is to provide information on the establishment of the Road Traffic Management Corporation (RTMC); its purpose and objectives; other general information; as well as to provide you with the names and contact detail of personnel at the Corporation.

Establishment of the RTMC

The Corporation was established at its own offices located in Centurion, Tshwane, early in September 2005. Some officials from the Division Land Transport Regulation of the Department of Transport, were seconded to the RTMC to assist in the setting-up phase and until such time as the personnel structure for the Corporation is finalised and approved.

Purpose of the RTMC

The RTMC will operate at arm’s length from the Department and will entrench an effective partnership between national, provincial and local spheres of government in the management of road traffic matters. Recognizing the importance of the regulation of public transport and road traffic to the development, safety and quality of life of all South Africans, the purpose for which the RTMC was established is:

Functional areas of the RTMC

The additional 5 functional units that will be created at a later stage on a convenient date which will be decided on by the Shareholders Committee, will be the following: The Shareholders Committee of the RTMC

The members of the Shareholders Committee are the following persons:

Role of the Shareholders Committee

The Shareholders Committee is a forum through which the national, provincial and local spheres of government co-operate with each other and with other persons or bodies concerned with road traffic matters. The Committee is responsible for directing and guiding the proper functioning of the Corporation in the public interest and for reflecting, in its decision-making procedures, the spirit of co-operation and mutual trust contemplated in the Constitution of the Republic of South Africa.

The Board of the RTMC

The Shareholders Committee will establish a Board for the Corporation consisting of the chief executive officer and a maximum of eight persons appointed by the Shareholders Committee. The appointed members of the board will be persons from the public and private sectors with proven expertise and competency in the field of corporate management, commerce, commercial banking, financing and road traffic affairs.

Caretaker of the RTMC

A Chief Executive Officer (CEO) of the RTMC has not been appointed yet. In the interim, Mr. Thabo Tsholetsane was appointed by the Shareholders Committee as Caretaker to manage and oversee the establishment and operationalisation of the Corporation.

Map to the RTMC