Drunk Driving and the Blood Test 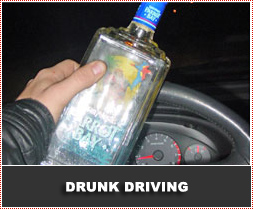 The district surgeon, registered nurse or a prison medical officer will take a specimen of an arrested driver's blood, which is then submitted to a state laboratory for scientific analysis. The analysis enables an expert to ascertain the presence and estimated quantity of alcohol in the person's blood at the time of the examination. If the specimen is taken within two hours of the commission of the alleged offence then, if the alcohol concentration of the specimen is not less than 0,05g per 100ml, the alcohol concentration in the blood at the time of the alleged offence will be presumed to have been not less than 0,05g per 100ml. In terms of the amendment to the Road Traffic Act, the same presumption is made where the concentration of any alcohol in any specimen of breath exhaled by a person is not less than 0,38mg per 1000ml. However, the concentration in any breath specimen shall be ascertained by using the prescribed equipment. For this reason, the blood specimen will almost always be taken within two hours after the arrest.

A person arrested for one of the drink-and-drive offences is not entitled to refuse permission for a blood specimen to be taken. People authorised to take specimens are a medical officer of a prison, a district surgeon or, if requested to do so by a police official, a registered medical practitioner or a registered nurse.

Before the court can consider the results of the blood analysis, the state must prove that the analysis was made by an expert who had the necessary skill and that the specimen analysed was that of the accused. This is almost always done by means of an affidavit by the expert who performed the analysis. If the accused decides to challenge the facts contained in the affidavit, the expert may be called to give oral evidence.

If the specimen was contaminated in any way, the results of the analysis might not coincide with the actual alcohol concentration in the blood. For this reason precautions will be taken to prevent, for instance, the cleaning of the syringe or skin with alcohol. The Road Traffic Act, however, creates a presumption that once evidence of the analysis of the specimen is presented, it is presumed that the syringe used for obtaining the specimen and the receptacle in which the specimen was sent for analysis were not contaminated by something that could have affected the result. It is then for the accused to prove the contrary. (This presumption, however, goes against the presumption of innocence specified in the bill of rights and would thus probably not be relied upon by the state in a prosecution.) mens rea in the form of culpa (negligence) is an element of these offences. (See criminal liability or responsibility.)

Therefore, if an accused claims to have been unaware of having imbibed alcohol and if a reasonable person in a similar position would also not have known of this, it will be regarded as a valid defence.

An arrested driver can request that his or her medical practitioner be present when the blood specimen is taken.