Paramedics and Safety at the Scene of a Road Crash

Paramedics and emergency personnel are often the first people on an accident scene.

The first hour after an accident is called the Golden Hour – physicians say seriously injured car crash victims need to reach comprehensive medical care within 60 minutes to ensure a good chance of survival.

At the accident scene, this scenario leaves about 12 minutes for rescuers to extricate the wounded and speed them toward the hospital.

How can we assist them in providing a secure environment to perform life-saving activities? 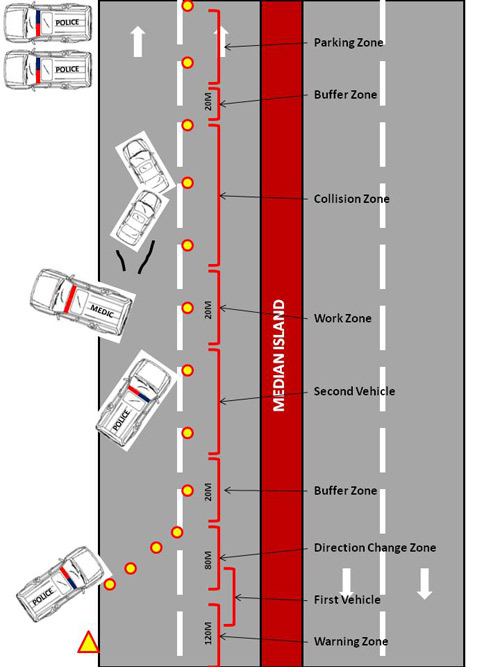 The basics of scene safety for emergency personnel: